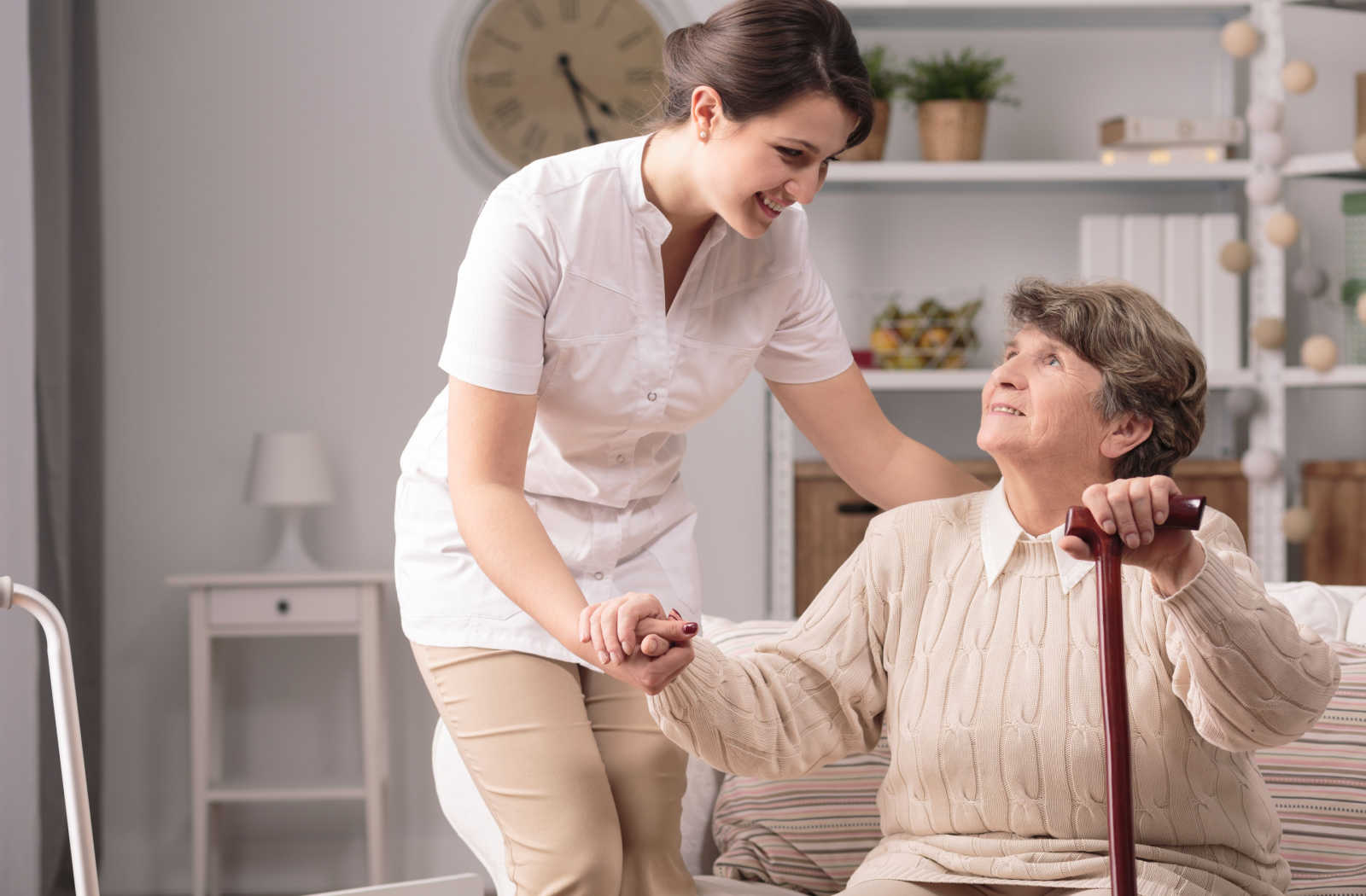 How Does Alzheimer’s Affect the Body?

While we still don’t know for sure what causes Alzheimer’s disease, we can see its effects clearly. It’s the most common form of dementia, and many who find themselves in memory care are dealing with its symptoms.

Because it’s so common, many assisted living communities provide special amenities and activities for people with Alzheimer’s. But Alzheimer’s is more than wandering and memory loss. Alzheimer’s disrupts how your brain communicates with the rest of your body, affecting coordination and physical health.

Alzheimer’s is one condition that falls under dementia, accounting for 60–80% of all dementia cases. Generally, dementia is a collection of conditions resulting in cognitive decline. These conditions can involve memory loss, changes in behavior, and other symptoms that interfere with daily activities.

Because dementia refers to a set of conditions, the signs can vary greatly. In general, you’ll notice a cognitive decline which can include:

Dementia tends to be progressive, which means it will worsen over time. While it can be hard at the beginning to spot these signs, early diagnosis is important in ensuring the best care can be provided.

While some temporary difficulties with memory are expected as you get older, it’s important to note that dementia is not a normal part of aging. If you or someone you know might be experiencing memory problems or changes in thinking skills, ensure you visit a doctor to determine the cause.

How Does a Healthy Brain Function?

Doctors think the symptoms of Alzheimer’s are caused by a build-up of harmful proteins in the brain, disrupting the neurons that allow your brain to communicate with the rest of your body. There are tens of billions of neurons in the average brain. While you age, this number shrinks, but surprisingly you don’t lose neurons in any significant number.

Alzheimer’s disrupts this vital communication process. It typically starts by damaging the centers of our brain for managing memory, which is why memory loss is usually an early symptom of Alzheimer’s disease. Next, it causes neurons to stop functioning as they lose communication with other cells before finally permanently shutting down.

How Alzheimer’s Changes a Healthy Brain

As Alzheimer’s progresses, it halts neurons’ ability to communicate, break down nutrients to keep themselves healthy, and repair any damage to their cell walls.

The typical changes in brain function for people with Alzheimer’s include:

Alzheimer’s and the Body

While Alzheimer’s starts by affecting memory and behavior, the damage to your neurons can eventually spread to areas that manage other bodily functions. Depending on how the proteins build up in their brains, some people may notice these physical symptoms before they notice memory loss.

Typical signs and symptoms of Alzheimer’s affecting the body are:

Our bodies are one interconnected system. Due to how Alzheimer’s affects the brain, it’s not uncommon for those living with it to experience a general decline in health.

Some other health problems someone with Alzheimer’s might experience are:

You can best manage these other health problems by ensuring someone with Alzheimer’s is receiving proper care. It would be best to start these care conversations early if you recognize any signs or symptoms of cognitive decline.

Caring for Someone with Alzheimer’s

Most people with Alzheimer’s will, over time, lose the ability to take care of themselves. It can become easy to forget to take medication, keep clean and tidy, and manage finances. Developing a support system is vital, and typically caretakers will be required to fill in for many daily activities.

Is it Time for Memory Care?

We at All American Assisted Living understand the toll Alzheimer’s can take on families. That’s why we offer a quality memory care experience designed to give your loved one the stability they need.If you’re curious about what assisted living can offer your loved one, schedule a tour with us today!